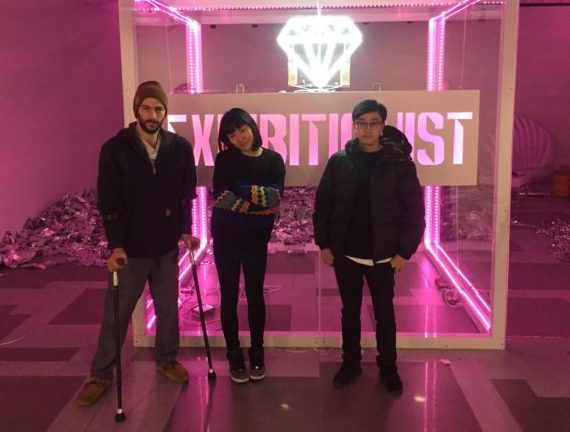 It was clear the conversation needed to shift when I asked Greg Finger how he stays motivated. In contrast to most who reply to this question by offering their methods of being productive or listing significant people who inspire them, Greg’s motivation comes from moments that bring him happiness.

“Life just boils down to experiences.”

In his gentle and confident manner, Greg told me he to moved to Chengdu, China, years ago, to take on the challenge of bringing his friend’s painting “to life” by using his computer problem-solving skills to digitize the canvas. He accomplished the task and continues to take on new challenges in this genre, no matter how difficult. However perhaps the toughest challenge Greg has taken on thus far, is “standing up for himself” and getting out and about in China, a country not known for accessibility. As an incomplete quadriplegic, Greg uses SideStix full time and as he puts it, “I defy convention daily just by getting around Chengdu, not easily, but independently.”

Greg – I feel like I do this every day in China. People stare at me when I am out and getting around. You never really see people with mobility issues, out doing things independently. Accessibility is a huge issue in China and makes me appreciate everything that North America has done to improve their situation. Small conveniences that you’d never even regard become apparent in China when they’re missing. Stairs without railings are prominent here. Even if it’s just 4 of them, they’re often unavoidable.

In China, their convention is that when you’re injured you stay home and your family takes care of you. That’s not my convention. It’s very important to me to get out there and show others that I can be independent with my SideStix crutches.

Can you tell us a little bit about the accident that changed your mobility?

Greg – About 5 years ago ­– I had been living in China for a year already at that time – I decided to go back home for a visit. I had been living in the city in China and I wanted to go back home and spend as much time in nature as possible. The day that I was injured, I went to this pond with some friends, it was a place that I was familiar with and had been diving at before. This particular time though, I dove at a bad angle and my head made impact with a shallow section. A friend of mine had to pull me out of the water and then I was taken via helicopter to the hospital in Boston. I injured my spinal cord at the C5 level.

What has your physical rehabilitation looked like, over the last 5 years?

Greg – I currently manage my own rehab which involves a lot of walking in a heated pool. At first in Spaulding Rehabilitation Hospital inpatient, I started off with an electric wheelchair, moved to a manual wheelchair and eventually to a walker. After 7 weeks my doctors said to me that it was time to be processed, and I was terrified that I had to start doing the rehab myself in home life. We did a test where I had to prove that I could walk a set of five stairs and I hadn’t done this test before. If I accomplished that I could buy myself two more weeks in rehab. I got that extra time.

In the outpatient program at Spaulding I began using forearm crutches, my PT Molly Sebo suggested that I try out SideStix. At the time I thought, “Really? Does SideStix really make that much of a difference?” When I tried them I knew instantly.

Do you use any of the attachments?

Greg – Yeah, I get a lot of use out of the Sandshoes actually. Last year my girlfriend and I spent a month in Bali. Every day we were out on the beach so it was really nice to have those. 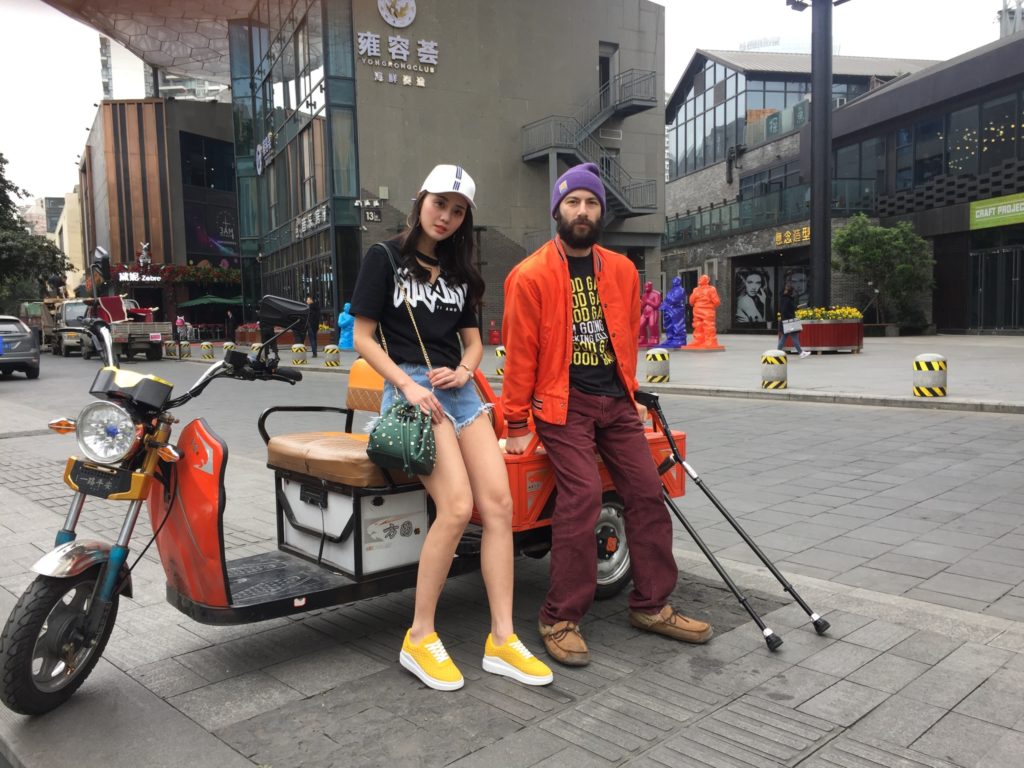 Can you tell us a little bit about the freelance work that you do?

Greg – Sure! I guess you can say that I work with clients to bring their art to life. I help them translate their artwork into the digital realm by creating visual installations with an added flair of interactivity.

My website is https://gregfinger.github.io. You can find some older videos I’ve made of my work, but as a believer in the idea of open-source sharing, I also have links to all my project files so people can explore and recreate my work. I try to keep this section more updated. Here’s a screenshot of one of my projects opened in TouchDesigner, the software I do most of my work in. You can see it’s a nodal patching environment that makes it easier to see the flow of logic through this visual-style programming. 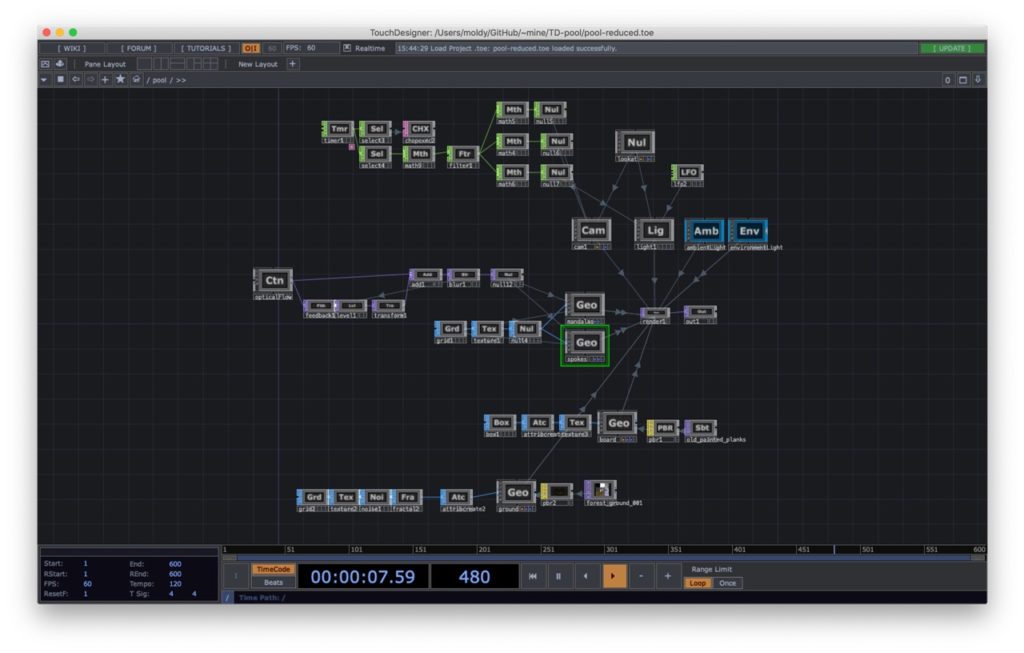 As an Artist and a SideStix user, do you find that you are conditioned now, to see your environment and society from a unique perspective?

Greg – I like to think more globally. I’ve realized that there are the same people everywhere. There are artists back home and there are artists here. In the end, it’s really just a language difference. I’m not about finding the differences between cultures… It’s so easy to get caught up in the mentality of, “Back home we do it this way.” I try to avoid that type of thinking. When I embrace the culture I live a healthier and happier life.

Greg – I like that I can beat them up a bit. I mean, the crutch surface might look worn out but the structure of the Stix don’t get damaged. Actually, I think my favorite thing about my SideStix are the articulating feet. Knowing that I can plant my crutch down on any surface, get that grip I need, and then put my weight down on it, is an unbelievable feeling. It feels good knowing that I have that stability underneath me.

What motivates you in your day-to-day routine?

Greg – I think being alive is perfect enough. I don’t think this is some post-accident revelation, although it sure does sound like it. Life just boils down to experiences. And conversation with friends is just as valuable as silence alone. So, it’s difficult for me to determine perfection and motivation. Staying in bed until 2pm watching my cat nap on the blanket motivates me just as much as zonking out in front of my computer for five hours problem solving through some programming. Motivates me to do what I guess? Motivates me to be happy about being alive. The concept of wasting time doesn’t exist.

Greg – This world is yours. Not in like a maniacal ownership way, but more in a demand respect kind of way. There’s so many obstacles in life, people usually mean this metaphorically, but for us it also has physical meaning. That door was not made for us, and the heavier it is, the harder it is to open and stay open while we pass through, the more disrespected we are. I’m being a bit hyperbolic, but I’m also not opposed to making a scene if it brings awareness to the struggle. Use your crutches and stand up for yourself. I’m not trying to incite a riot or anything, I’m just looking for a bit more consideration from others. I’ve fallen countless times trying to manage through these obstacles and have realized, a dent in a door is better than in a dent in your body. 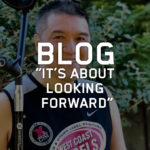 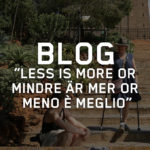 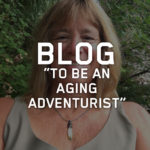