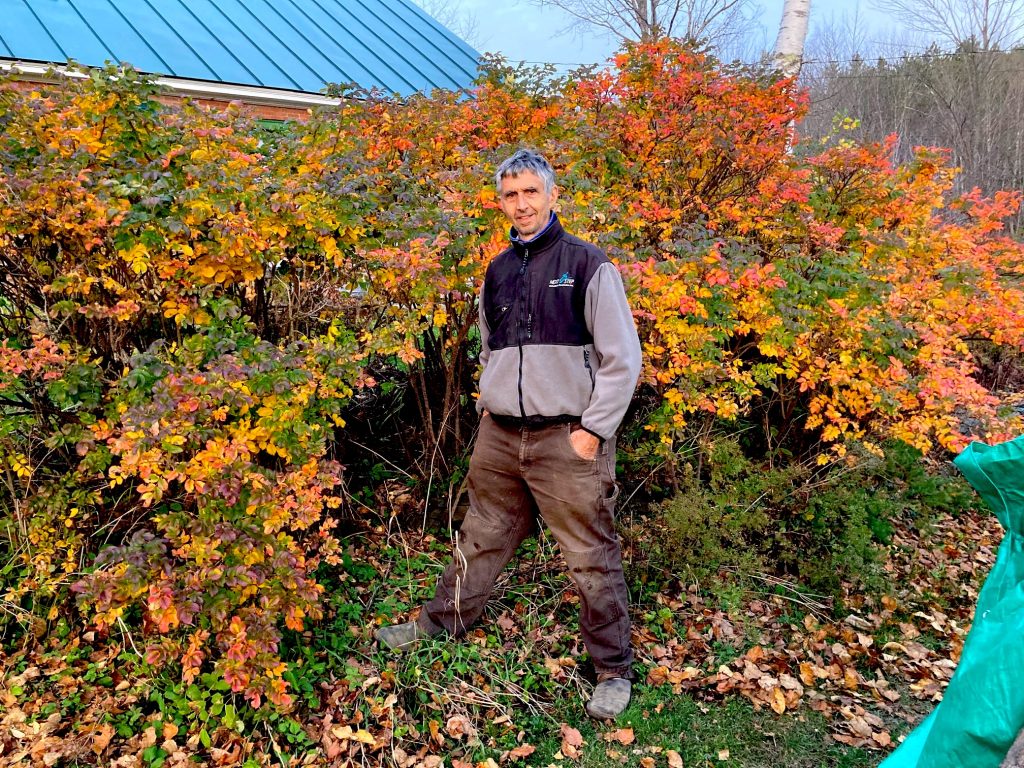 Over the years as a photographer, John Fago has visited many countries, seeking and seeing people and places, familiar and unfamiliar. Images and text tell the story of countries, and individuals who live unique and enriched lives. The viewer transcends barriers erected by time and space and can clearly see the paradox that each person and place is unique, and yet not unique. The common thread through each tapestry is humanity, and being human is about relationships, love, and purpose.

John expresses his experiences best in writing, and, as February’s Ambassador of the Month, submitted this piece following our conversation. I hope you enjoy reading it as much as I have.

All the best,
Sarah 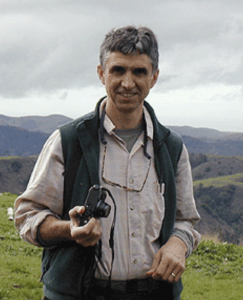 Above and beyond the lens, at home or on the road, I keep my eye open, looking for the mystery and goodness in life as it reveals itself when one pays attention. Forty years ago, an above-the-knee amputation led me to make a quick calculation.  Having been an adventurer, avid skier, and an owner/renovator of an old brick warehouse that became a “vegetarian bar and dancehall” in the early modern era of an old mining town named Telluride, before it transformed itself from a home for “leftovers-from-the-sixties” into the glitzy fashionable town it has become – I recognized that losing a leg was going to necessitate change.  I decided to commit myself to the practice of black and white photography.

I mentioned to friend Paco Grande that heading to Peru with a new prosthetic leg and 150 rolls of Tri-X film seemed like a good place to start.  Paco allowed as how he wanted to come along.  Paco was blind and when I wondered what it would be like for us to travel together as “the lame and the blind.”  Without missing a beat Paco replied, “Easy… you steer, I’ll push.”  So off we went. 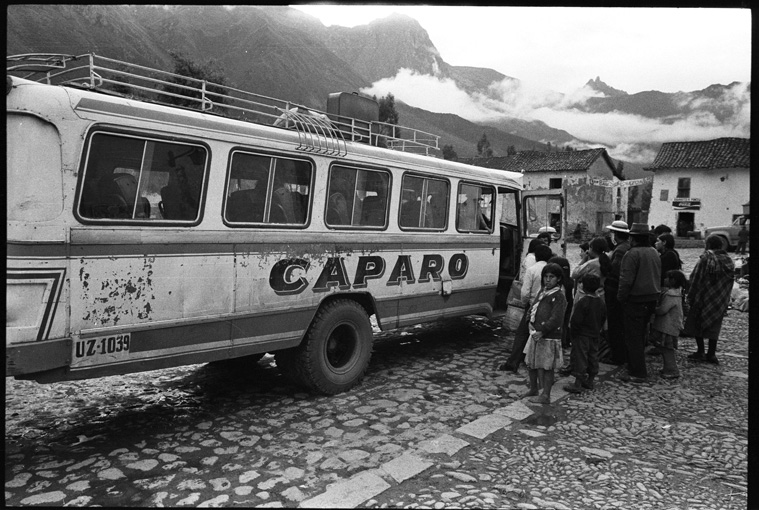 I talked with Sarah about Zen skiing, my latest projects, including renewable energy, life on  our ledgy Vermont family farm, and my thoughts about disability.  I avoid thinking about ‘disability’ in a popular binary framework that defines people with disabilities as either victims or heroes. I think we need to think twice before believing anyone who tries to tell us we belong in either of those boxes. We are who we are and our most important work is to find that out for ourselves.

My mother was a painter but wanted me to be a writer.  A gypsy looked into her stroller in New York and told her my hair grew in five directions – I would travel.  I’ve gathered something like 300,000 images, every one of these images was prepared for recording by using my right thumb to advance another frame of silver emulsion film, behind the silk shutter of a Leica rangefinder!

Early on I was hired to travel to a Ajoya, a remote village in Mexico where MacArthur Fellow David Werner (who wrote “Where There is No Doctor – millions of copies translated into more than 80 languages) had started a  community of disabled people working to improve the lives of disabled children.  I was there to photograph this center developing low-tech solutions to help “underserved” communities around the world.  What I thought would be a few week’s work led to foundation supported study of prosthetics at UCLA’s Graduate School for Rehabilitation Medicine and returns to the village sixteen times over the next six years, building a prosthetic shop and teaching local practitioners from Mexico and other Latin American countries. 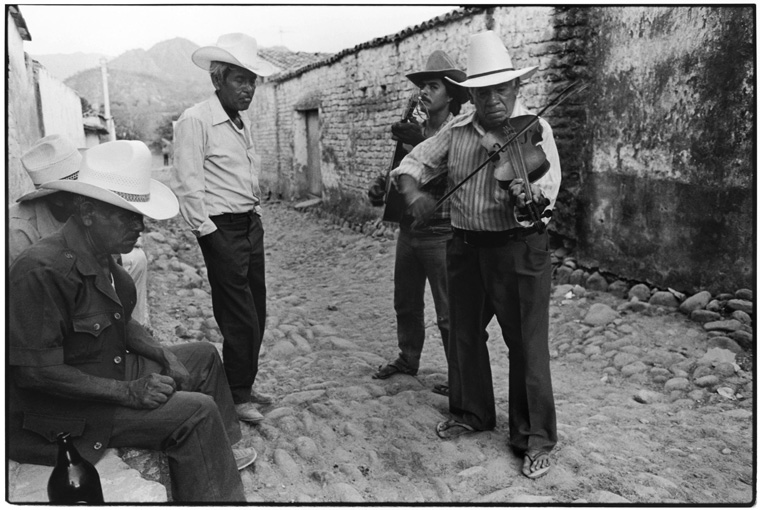 That somehow led to other “hybrid photo/prosthetic meanderings, like going to Cambodia, after the American Friends Service Committee hired me to teach  there at a time when only a handful of foreign-aid workers were allowed into the country.  I would not have been allowed in country just to make photographs but being there to help address the crisis of limbs lost to land mines, opened the door for me to document a truly remarkable moment in the shell of Phnom Penh, as Khmer culture struggled back from the nightmare of the Khmer Rouge reign of terror.

I’m 72 now, and looking at contact sheets feels like reading journals written decades ago, or a crystal ball that looks backwards. In some cases, an image made decades ago can bring back the particular quality of evening night, the laughter of distant children, stories I hope to get a chance to tell… How much of this would not be a part of me, without the onset of my disability?

I’ve been a “ski bum” since I was a kid.  After I lost my leg, friend and skier Johnny Stevens, then Telluride Ski mountain manager, had his secretary write to me at a hospital in New York City, saying when I was ready to ski again, they would take care of me.  So, I went back to teach myself to do what I loved, again.  Larry Wilkinson had been a miner and in retirement had started the town’s first library; just a room in a building at first, then as the years went by and Telluride became a prosperous place, a new $13 million library was built and named for Larry. He had pulmonary issues, so he skied with a little oxygen tank in a day pack. Then Coleen Trout arrived with her kids from Alaska where she had started an adaptive ski program.  The three of us started the Telluride Adaptive Ski Program in the early 1980s.

As the program grew, we began doing disability awareness programs in the classrooms of the Telluride school, and up mountain, so kids could know that challenges can be overcome, and helping others brings joy.  In my darkroom hangs a thank you note, written by fourth grader, Ernie Watenpaugh. “John, thank you for the tri-track help and for showing me that no matter what happened, you still skied. Your friend, Ernie” 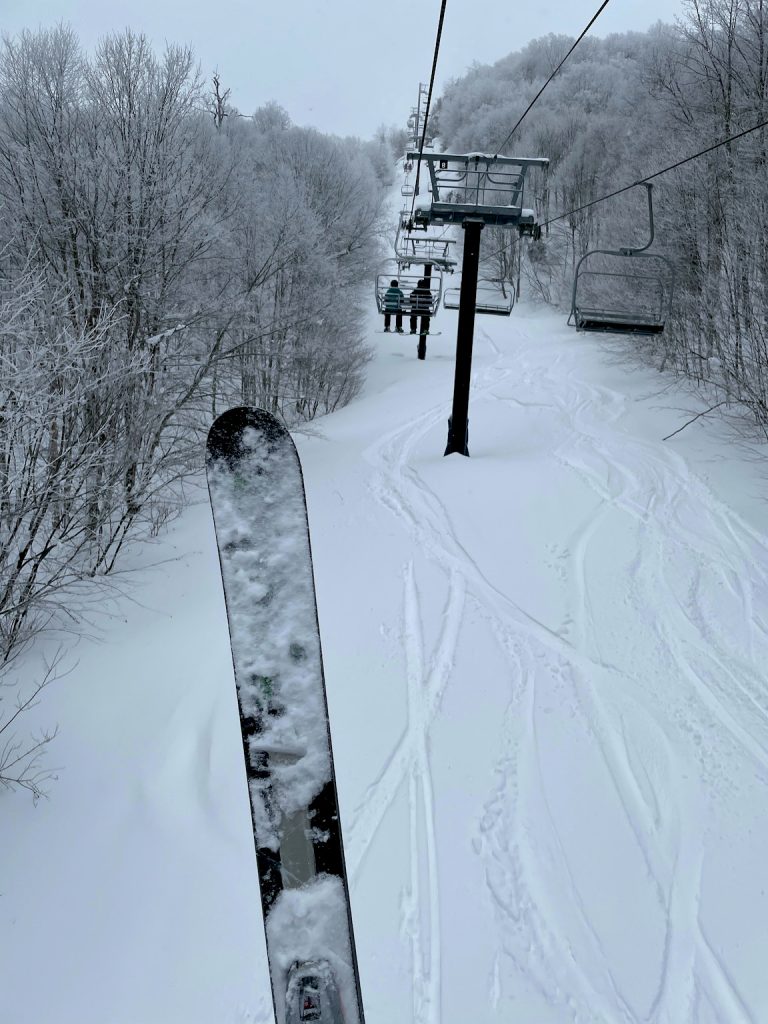 In winter, that would be skiing in fresh powder. In summer I love being on the water in my canoe.  I was into white water kayaking for a while, but I ran up against a problem with vertigo, and couldn’t perfect a “combat” roll, I needed to be comfortable in level 4 white water. Instead, I swapped the white water gear for a light-weight one-person canoe flat water ‘speed boat’. It’s a 14 foot canoe, light enough for me to carry from the car top, to water, using my SideStix!

I used to ride big BMW motorcycles, but I recently bought a small hybrid electric bicycle, really a light weight motorcycle that’s relatively small, and perfect for old logging roads. I was looking for a way to have the same enjoyment as I did on the motorcycle. Even on back roads I would need to be doing 60 or 80 miles an hour to really feel the fun of it. With this electric motorcycle bike, I can be riding on the paths and logging roads at doing 10 or 20 miles an hour, and I’m getting the same thrill. Every now and then I’ll feel like I’m going a little too fast so I’ll look down and wow, I’m doing 16 miles an hour. To me, that’s a risk I can take! I’ll wear a helmet, elbow and knee pads, so I can take a fall. Also, one of things you learn from skiing is how to fall softly… 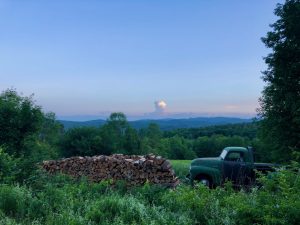 We live in a more than 200-year-old farmhouse but thanks to solar panels, heat pumps and modern insulation, our old house is net zero carbon and we have not had a monthly electric utility payment for the last five years.  It’s past time to get even more serious about the climate crisis!

We have 50 acres of fields that I started mowing to discourage the milkweed, but then I became aware that milkweed is essential for the monarch butterflies that migrate here each summer. When the monarchs eat milkweed leaves, it causes a chemical reaction which makes them taste toxic to birds.  This small mystery of Nature provides a measure of guardianship to these magnificent but endangered creatures.  About twenty years ago I started leaving these patches and mowing space around them so they would get even bigger. Now when people ask what kind of farming I do, I tell them I’m a milkweed farmer!

Five or six years ago, I was down at my friend Bob Emerson’s shop. Bob is a wonderful prosthetist, an amputee, and a Paralympic ski champion. A client had left a pair of SideStix there for Bob to try out, so I asked if I could try them.  It did not take long to feel that SideStix made my right shoulder healthier and happier than other forearm crutches I’ve made or modified.How the hand grips transfer weight to the ground is really important to me. The shock absorbers and rotating feet are sweet.  Using forearm crutches I’ve climbed 14,000 foot peaks in Colorado, as well as other big mountains.  Also sweet is being able to pole vault over rocks, hand them off to companions to quickly scramble up or down tight spots, that otherwise would have been tiring, time consuming, perhaps even dangerous, in a prosthetic leg.

I’ve never had a leg that had a cosmetic cover on it. The hardware is always right out there to see. One summer, I went to the supermarket in shorts.  A mother and son were in one of the aisles I headed into. The kid was looking right at me while his mom was trying to get something off the shelf. He started tugging at her arm and said, “Mom look, it’s a robot!”. She was horrified, but I said, “No, no, it’s okay, this is part of my job”, and I asked the lad if he had any questions. He looked at me and asked, “What happened?”, so I looked at him and I said, “Shark. So remember, when your mother tells you to get out of the water, listen to her!”  We all laughed, the kid asked a bunch more questions and as they were walking away he turned his head and gave me a big smile and a wink. It’s all about having fun.

The most compelling grounds for defying convention come directly from the heart. It could also be the logical result of obedience to some higher order. 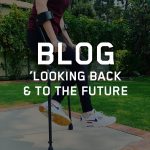 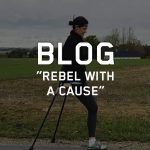 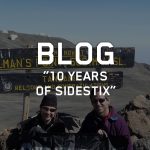