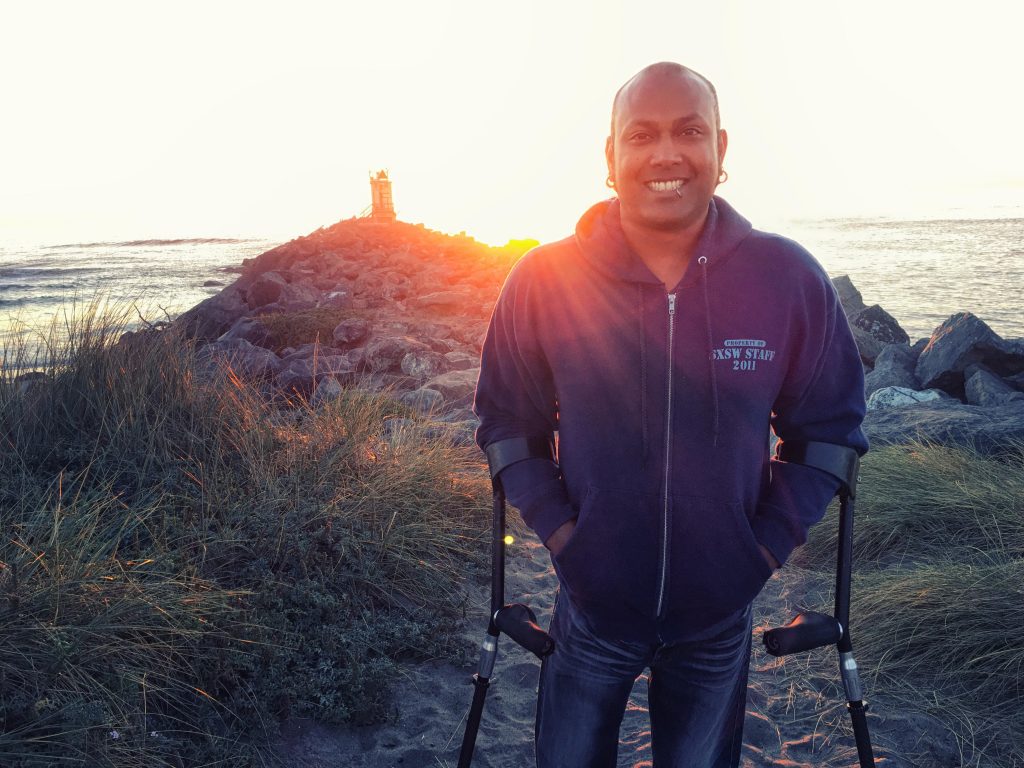 You are never truly alone.

I have a story to share. Sometimes people don’t share and you think, I guess everything is great in their world. If more people were open to sharing, I think it would be better. You know, it gives us the ability to say, hey that person is going through what I went through. I hope people read this because… You’re not alone out there.

Steve – To me it means, overcoming something that you see in one way and that you’re limited to that one thing. Looking beyond that and saying, “Hey look, this is not going to hold me down…” This is something that I’m going to look past and say, “What can I do to further my future and my path?”

At what point did you start looking for a better mobility device?

Steve – When I was a kid I was constantly being late for class and getting detentions, so I needed to figure out a way to get from one side of the school to the other. At the time, forearm crutches, the old school ones, weren’t the answer. Then I thought wheelchair. But at the time, those things (the old crutches) were the only thing accessible to me. So I made it work, but you don’t think about your palms, your shoulders, your back. I thought, I have these crutches, this is what I’m stuck with.

Years later, I started researching different crutches, all over Europe and elsewhere to find something better. At the time, I wasn’t thinking that the reason I was getting pain in my palms was because the grips on all those other crutches were round. I can be a pretty technical person so I started thinking, can I make my own crutches?! Can I invent something?

You see, one of the problems I had as an active kid, was that every couple years or so they would break. There is no fixing them, I’d have to replace them, which is pretty expensive for an active kid. I had even considered amputation for my leg so that I could get a prosthetic. But, I thought no, my body is still a part of me. I had to keep looking.

How did you find us?

After about two months of research, I got in touch with a friend of mine who uses crutches. She has scoliosis. I asked her what kind of crutches she has and she said, they’re carbon fiber. So, that’s how I remember finding SideStix. I googled ‘carbon fiber crutches’ and SideStix popped up. The different parts were very intriguing. I thought, it was cool that I could replace a single part instead of having to replace the entire set of crutches.

Then, I decided to create a GoFundMe campaign. I’m a video editor and a musician and I have many interests that require me to have decent equipment so I can carry things around. Bass guitar equipment can get pretty heavy!

My medi-care wouldn’t cover the crutches because they saw them as “an accessory.” I’m not going to get into the whole medical care thing… but that was pretty hard for me to understand.

So anyways, I created myself a GoFundMe video asking for help from my friends and family. Long story short, in four days I had collected $5500 which was enough for the new crutches as well as a wheelchair as backup. My goal was only $1200. It was all through Facebook… I had people I didn’t even know donating $500.

Here’s a few photos from the day I received them. I was in Austin at the time on tour. I had them sent to a friends place while I was there because I didn’t want to wait!

What is your favorite thing about these new crutches?

One thing that I am really excited about are the rubber stompers (Tornado Tips). I used to have to order a big box of those for my old crutches because I was always having to replace them. With SideStix I’ve replaced them once, only a month ago. That is something I’m really excited about because it gets really expensive having to replace parts like that all the time. I was blown away. It’s really nice to have such high quality.

The grips made the biggest difference for me. I hadn’t thought about the fact that just flattening my palm instead of gripping around a tube, would help. Or, how much pain it was causing me with my old crutches.

I tell everyone that these are the Rolls-Royce of crutches. I literally say that! People always say, wow those are nice looking crutches. They look great with anything I wear.

Also, I would have to say the shock-absorbers, which are life-savers!

What is your definition of a ‘good day’?

Waking up every morning and thinking “I’m alive”.

And, being social. I used to have a really good job doing closed caption for the hearing impaired. It was a desk job and it paid really well. But, I learned that money comes and goes, and I love being around other people. I love touring and being around people. A great day is being out in the world!

There have been times where, I’ve had people come up to me after a show and ask why I sit on a stool when I’m on stage, and then I get my crutches and stand up and they understand. They say, “Wow, you get around so well.”

So, I become a witness to people hanging out in the bars who may be drinking their lives away and they come up to me and they get inspired. I’ve had people who were really depressed and they say to me, “Man, I love what you’re doing and it’s really exciting. I thought I had it bad…”

I love getting out in the world and letting people know what I can do. Really, I hope people look at me and think, thank god I don’t have crutches. I hope they are grateful for what they do have. 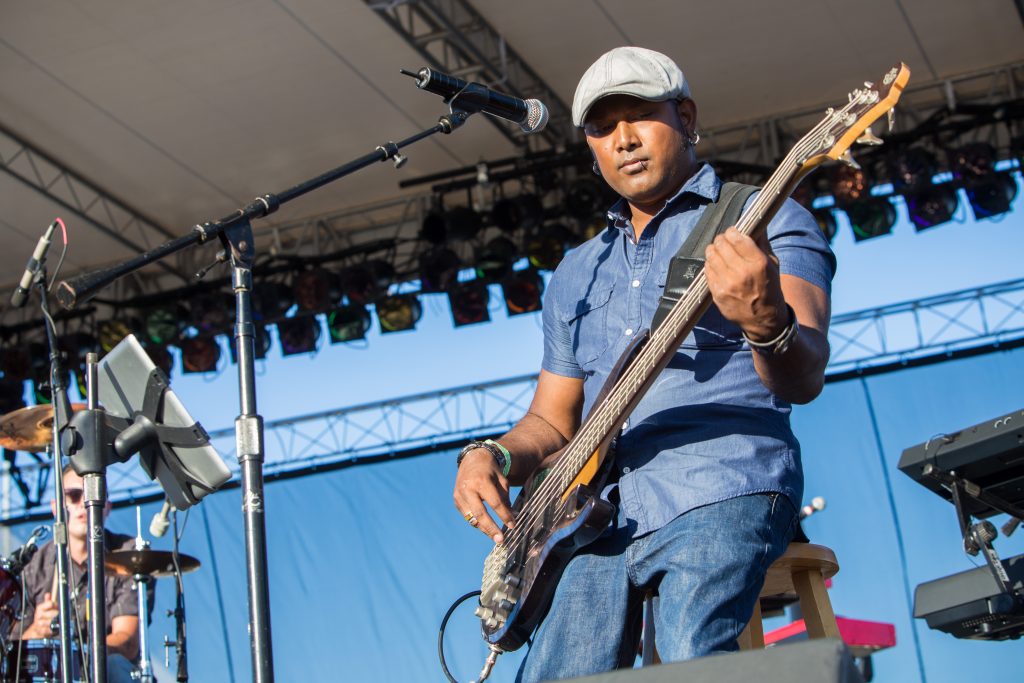 Is music your passion in life?

Yes! Straight out of junior college I moved to Nashville. I didn’t know anyone. You see, Nashville has this thing called the ‘five year plan’. If you haven’t made it in five years, just quit. I didn’t believe that and I stuck with it. It wasn’t just about the music though, it became about the people. People seeing me live my life with the passion that I have.

People tend to describe me as “vibrant.”

What are your top 5 ways to stay motivated?

Do you have a very large family?

My parents adopted 7 kids, 2 from Korea and 5 from India. Of the first 4 adopted from India, three of us had polio. Later on my parents adopted one more child who had muscular dystrophy . We’re a pretty well known family in California. My parents are both white so we’re very multi-cultural. 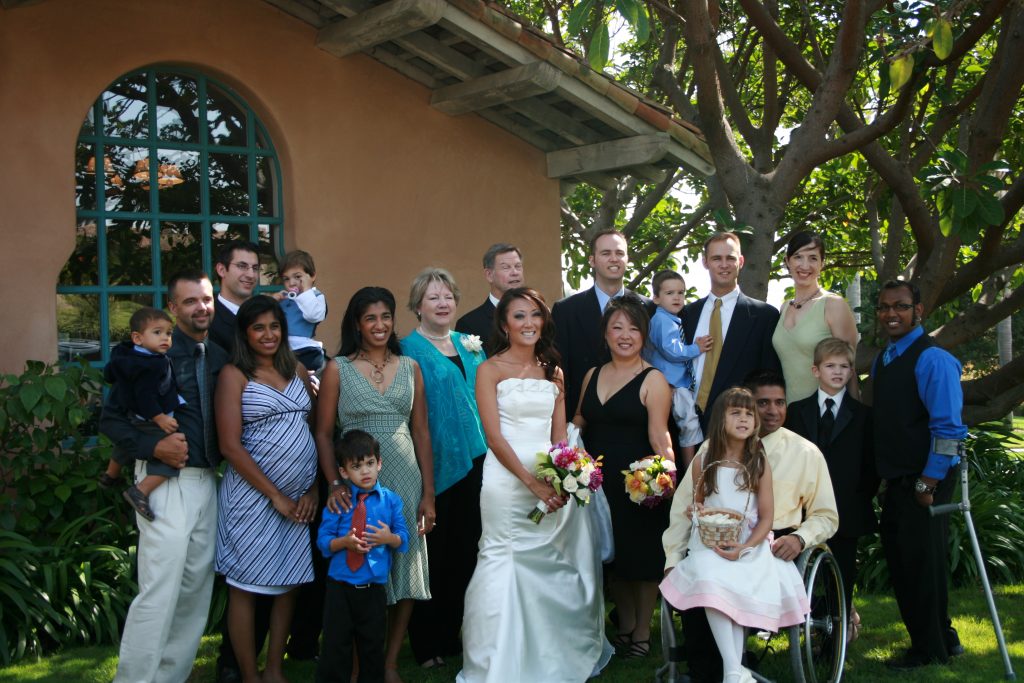 I was adopted from Mother Teresa’s orphanage. I met Mother Teresa was I was little. It’s not that my parents couldn’t have kids, my mom had two twin boys of her own. She’s a tough woman who has been through a lot and she actually wrote a book about it too.

Read 8 is not Enough.

Anyone on crutches, you know what it’s like. You know what we go through, with things breaking down, medical insurance and people just not wanting to help you. They just don’t see what you go through.

Life is worth living. 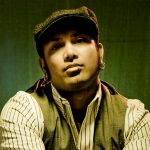 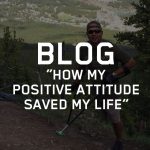 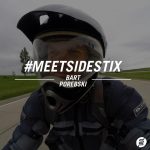 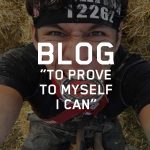 One thought on “For those who feel alone”