Mark Yearsley has a message for those experiencing mobility loss: “Don’t let your disability define you!”  Mark should know; he was stuck on the couch for years, feeling isolated, depressed, and not wanting to go out.  What changed? Mark took a long, hard look at himself and realized, “I was feeling sorry for myself. I was taking the joy out of my household”. He knew it was time to get off the couch and change his mindset.

Mark learned to stop procrastinating. His commitment to moving forward took the support of his family, his faith in God, and getting involved in a few veteran programs. As Mark puts it, it’s all about “taking that first step” and understanding, “you can only change you.” Mark joined the Warrior’s Rock program and eventually the No Barriers Warriors. These programs provided activities to help him find camaraderie with other vets and enabled him to face his trauma and cope. Initially, Mark’s focus was on rock climbing, but it was mountain climbing and kayaking that allowed Mark to get strong enough to leave the couch permanently.  Nowadays, the lounge only serves as a place to binge-watch Netflix after a long, active day.

As time went on, Mark felt he needed to give back and started his own program. ‘Outdoor Salute to Veterans’ is Mark’s baby. He believes that “if you try, you haven’t failed,” and if you keep things on a positive note, you will learn to see the humor in the irony of being disabled in an able-bodied world. Mark has also learned firsthand that giving to others can be the gift you need to feel better. Taking that first step off the couch defined Mark. His advice: Get involved in a vet program, and learn new ways to discover who you are and who you want to become.

Tell me about your journey as an amputee

The first time I had surgery on my leg, I was playing football in the air force and got tackled, and hyper-extended my knee. That took about three surgeries to try and reconstruct it. Then, when I was deployed in Kuwait, I hyper-extended it again, but this time I turned it so much that it was beyond repair. 28 surgeries later, it was a nightmare. My knee was so unstable that I couldn’t even walk on it. The doctors wanted to do as much as they could to save the leg, so I was in a wheelchair for a few years. I was on high doses of morphine, so my mind wasn’t there.  I was depressed, and I was stuck in a wheelchair. My quality of life was very poor, and so I had to make a tough decision: do I remain in a wheelchair on pain medication, or do I go ahead and amputate the leg, get a prosthetic, and live life to the fullest? It was the best decision I’ve ever made. Even the doctors were reluctant to do it, but when I woke up after my amputation, all that pain was gone, and I woke up with a big smile on my face. I got off all the pain medication, and now I’m mobile again. I learned how to walk in a week! 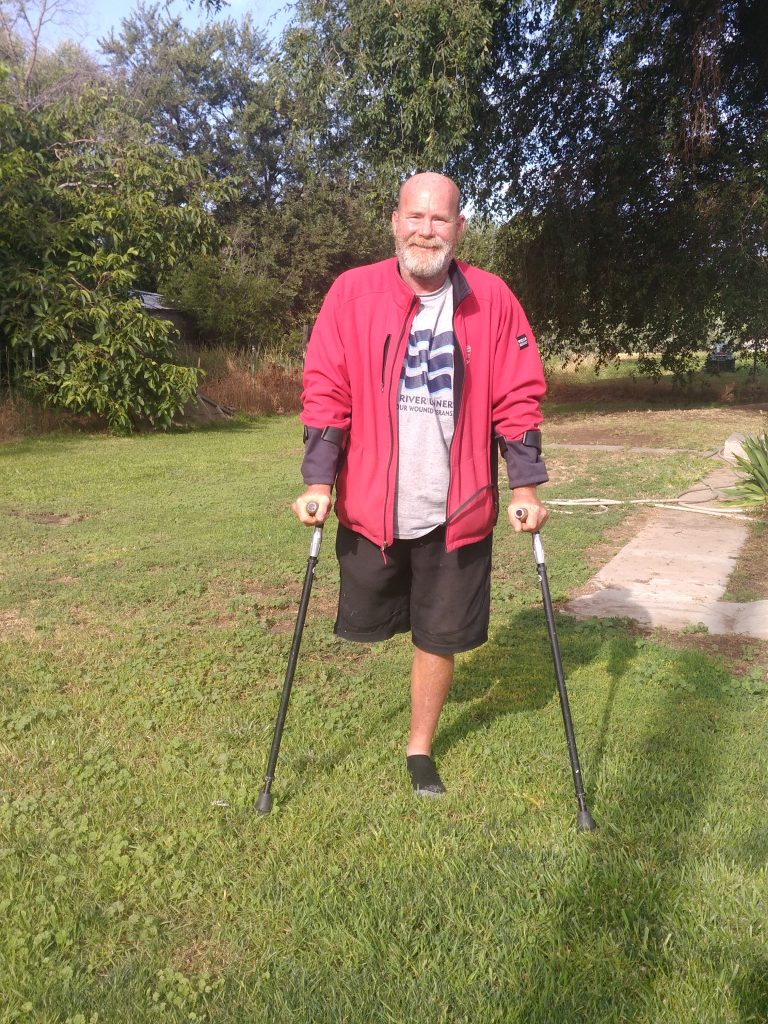 I put my family through a lot of turmoil, but they stuck with me through it. I’ve had great family support and church support, but even sometimes when you have a good support group, you just want to turn everything off and go away. That’s what I’m trying to help people with. It doesn’t help to turn things off and go away and hide feeling sorry for yourself. It’s time to get off your butt and do what you can.

There was a point in my life when I almost gave up, and because of how active I became, and all the people helping me through different programs and whatnot, I started my own non-profit organization. It’s called Outdoor Salute to Veterans, and I take veterans with disabilities out on trips, like white water rafting, hiking, or elk hunting. That’s kind of my way to give back, and it’s very important for me to find those veterans with disabilities out there that think they don’t have the chance to do anything. I try to live my life as an example to them, like “hey, you can do anything you want; you just have to adapt and overcome some of the things you’re facing”. Right now, the biggest thing in my life is to reach out to others. In my opinion, there’s no failure. If you try, then you did not fail, and you achieved something. 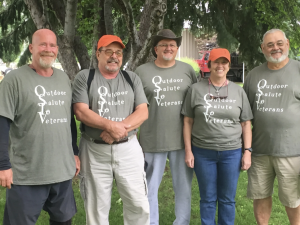 Were you active prior to your amputation?

Oh heavens no! I was stuck in a wheelchair for three years, and I was about 320 pounds. I was depressed, didn’t do anything. I locked myself in the house, isolated myself, and didn’t want to go out. To prepare for Gannett Peak, I lost 120 pounds! Ever since then, I’ve kept the weight off, and lost even more.

Ever since I lost my leg, I do feel like the odd man out. Even today, I get a lot of stares and whatnot, but that’s fine. A lot of people out there don’t understand how a prosthetic works or anything like that, so they’re curious. I don’t mind explaining that I wear a rubber liner and it has a pin that holds my leg on.  I’m very open to that, rather than them just being ignorant about the situation. 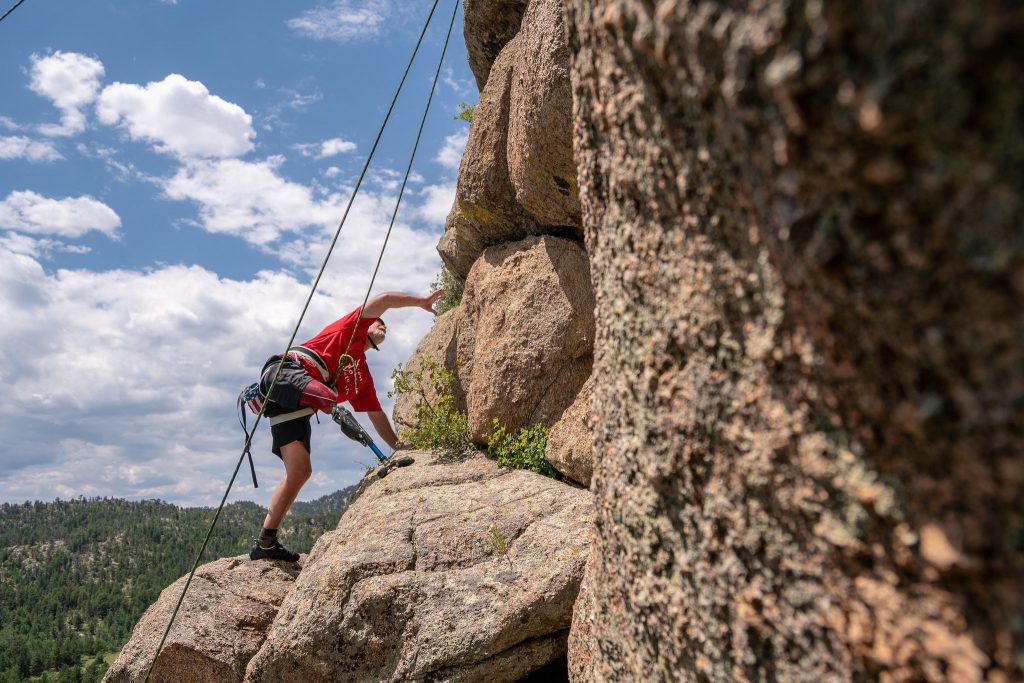 What motivated you to get off the couch?

I’m a very strong believer in God. I do believe that He has strengthened me to do what I’ve done today, and overcome what I’ve overcome, but the way to get motivated is to work on your mindset. A lot of us are procrastinators; I’m one of them. You have all these ideas of things you want to do, but you procrastinate and procrastinate, and the motivation isn’t there. What you have to do is get out and do it – then it’s enjoyable. It’s taking that first step to get out – after that, the motivation is just a natural thing.

I was getting tired of feeling sorry for myself, and watching others live a happy, joyful life. I was so miserable, and I think the main thing was my family. I was putting them through a lot, and having a negative impact on others. Nobody likes to be around someone who complains a lot.  Nobody wanted to come around me because of the way that I was. A lot of times, we need to evaluate ourselves, and realize that we’re the problem, not other people. I was taking the joy out of my house, and I realized that, so one day I just said “it’s time to move forward”.

How did you get started rock climbing?

It was with a program called Warrior’s Rock, with Diana and Stan Haye out of Boise. They put on a rock climb for veterans every year, and so I thought “you know what, I’ve just been sitting around, and I want to challenge myself”. I attended the first year, and I’ve been going every year since. 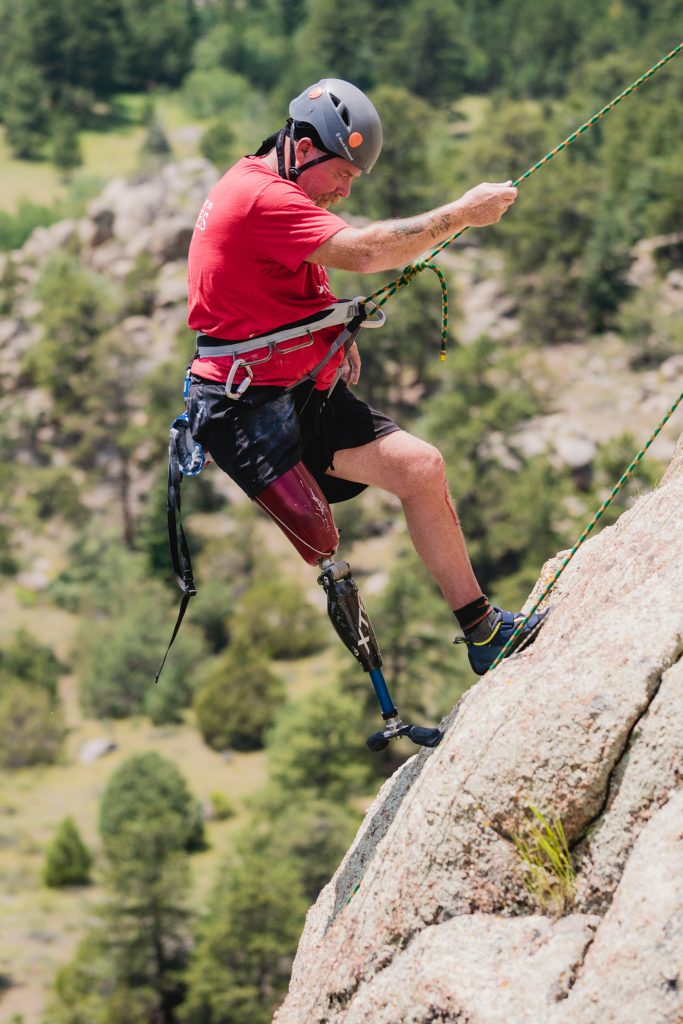 What are some of your other passions?

I’m a thrill seeker. I like three-track skiing – I’m a speed demon! I also love white water rafting. I usually run a boat for Iowa State University and Team River Runner. I’m good at running a raft down rapids. I’ve been doing that for about ten years.

I have been so active since I got my SideStix, and when we climbed Gannett Peak, it was a turning point of my life. I rock climb, I started white water kayaking, I three-track ski. I picked up so much ever since that trip. It was just a life-changing experience. 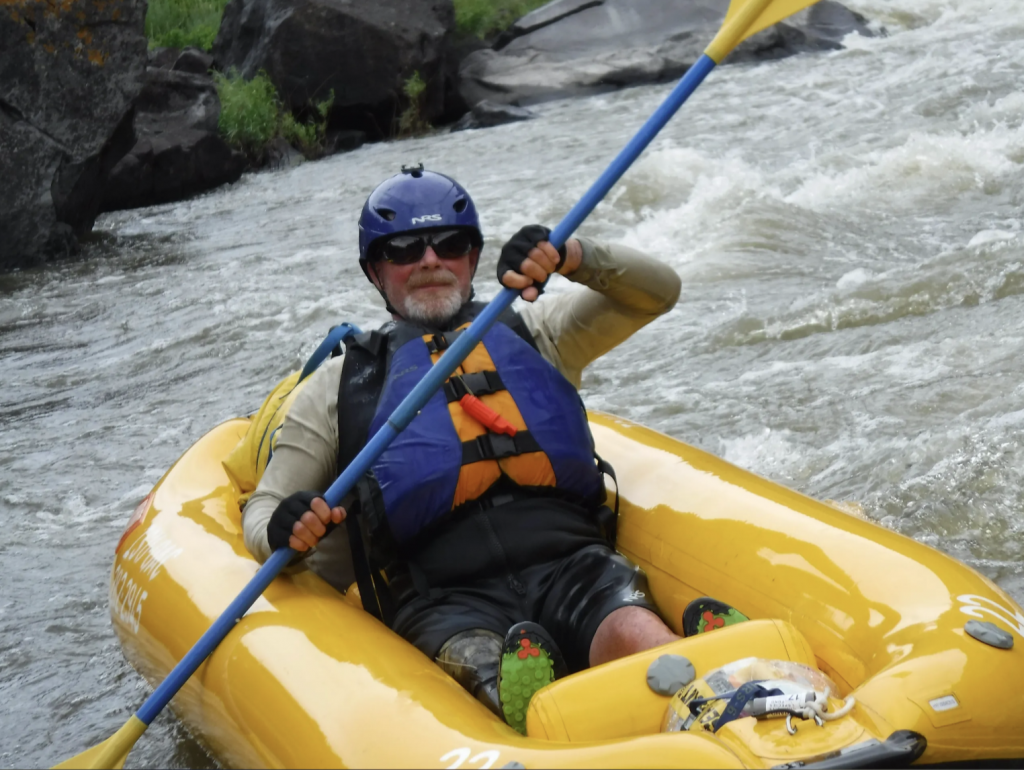 What’s your favourite thing about SideStix?

I love the adaptability. I’ve climbed glaciers, I’ve been in sand, and I like the adapters that you can put on when you’re on ice or in sand. Plus the hand grips are comfortable. I really like them. 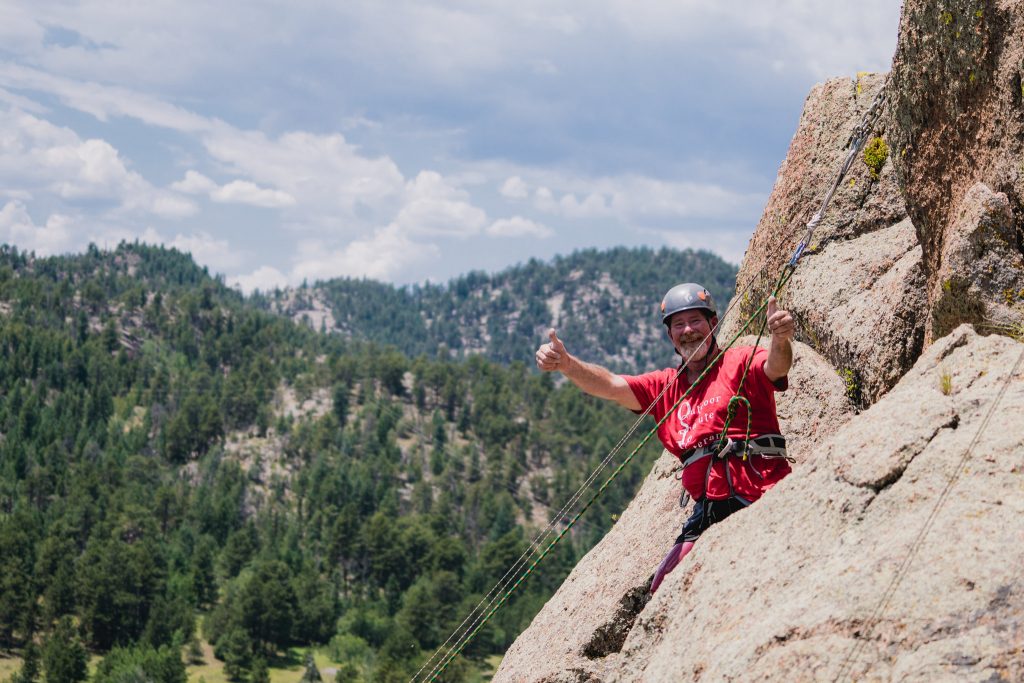 Do you have a message or any advice for other crutch users?

Don’t overdo it! SideStix have really been a benefit to me, and have allowed me to do a lot. Sometimes I’ll take them with me just for balance on uneven ground, but it does put a strain on you. You’ve got to gradually get strong and build your upper body. My core is strong now from pushing my wheelchair and walking on my SideStix. My advice would be to not overdo it, and use them wisely.

I try to keep everything on a positive note. I never have a bad day! I use this analogy a lot with the veterans that I take out on trips: Imagine the worst thing that happened in your life, and look at yourself today. It wasn’t that painful to  go through what you thought was a tragedy or a terrible thing that happened to you, because look at you now. You’re walking, you’ve got friends, you’ve got a roof over your head. If you’ve ever been to a third-world country, it really makes you appreciate what we take advantage of, like running water, toilets, beds. I wake up every day and appreciate everything that I have, because there are so many people that are going without, and we take advantage of that all the time. If somebody is having a bad day, I’ll talk with them and try to cheer them up or change their day, and not be so selfish. I’m always walking around with a smile on my face. 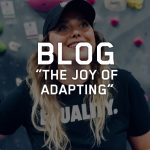 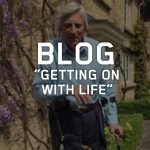 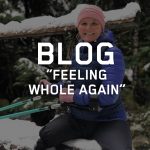