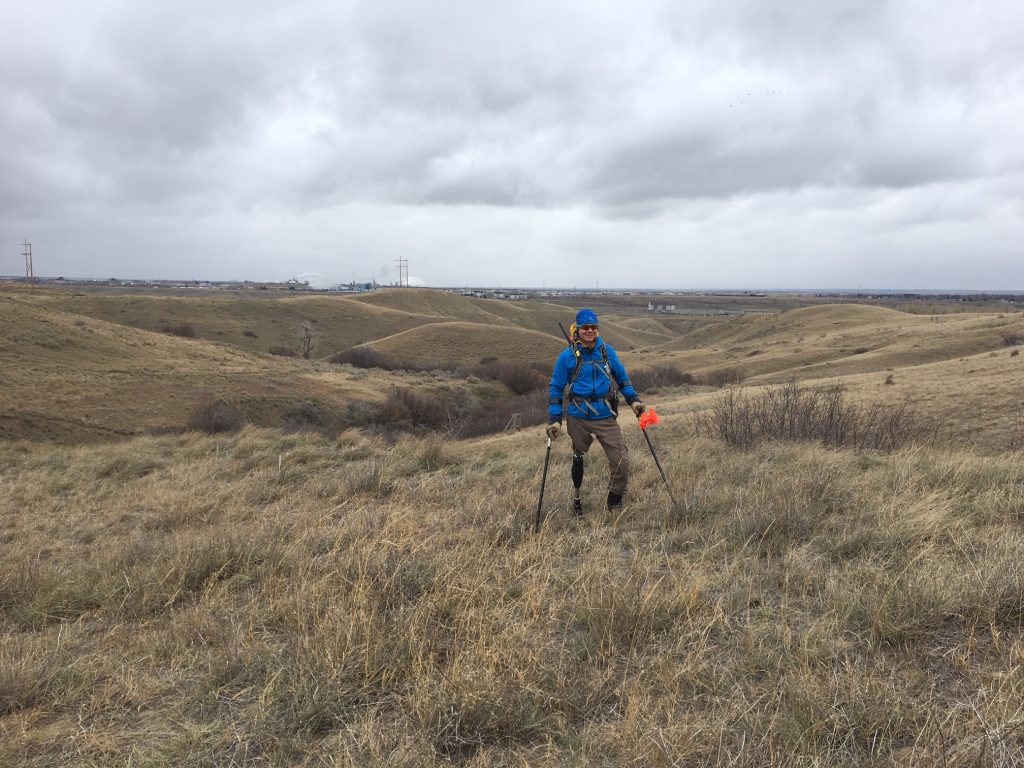 Life has drastically changed for all of us in this pandemic. Matt’s life changed radically just over a year ago. Out of nowhere, a boulder descended silently off a cliff 150 meters above. In seconds, Matt Hadley’s life changed forever. Instinctively, Matt’s wife Catherine tore strips of material from Matt’s rain pants to make a tourniquet for his right leg, crushed and bleeding. In the days that followed, Matt underwent nine surgeries resulting in the loss of his leg at the knee. “If it wasn’t for Catherine,” Matt said,  “I might not be here.”

Becoming an amputee is devastating, especially for one who is an elite athlete and ex-professional mountain bike racer. Matt understands this, yet he has a deep sense of gratitude, which he expresses more as a practice than a reaction. He is alive, but at the same time, Matt acknowledges deep sadness in such a significant loss. He is almost poetic during our interview, making parallels between his commitment to bike racing and the process of recovery. “Racing has shaped the direction of the rest of my life,” Matt says. “As an athlete, you crash and burn a lot. There are setbacks, and with each crash, you need to recover. In a way, each one of those has set me up for success in what I am dealing with right now. And this loss is a real big set-back for me.” It’s challenging to experience sadness, anger, fear, and deep gratitude at once, but it gives us the chance to see the joy in the same places we hold grief; this is life-changing. 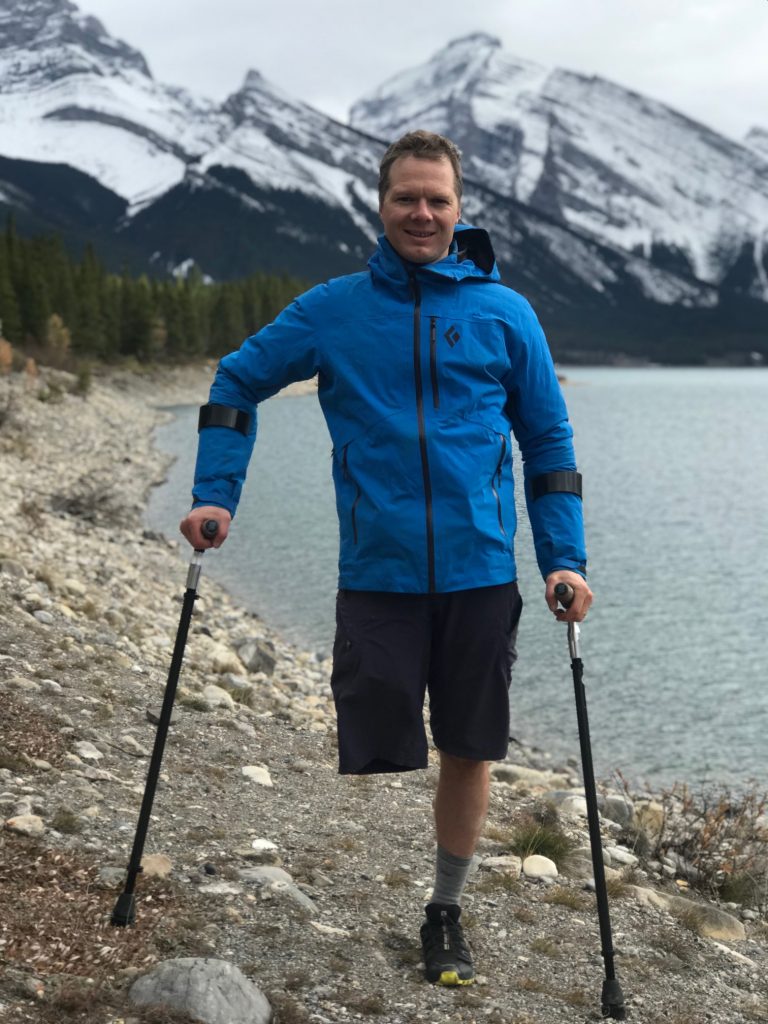 During our conversation, I share there hasn’t been a day I haven’t thought of the traumatic loss of my leg. Certain wounds don’t fully heal. Like me, Matt will wake up every day living life on one leg. The hardship and pain that comes from significant loss spares no one. It’s the stuff that shapes who you are. The bittersweet feelings of joy and profound sadness of what you’ve had, and what you’ve lost, held in a delicate balance. Opposed emotions experienced simultaneously make you wiser. Your perception shifts and you see things with more empathy, gratitude, and strength, and you become a better person because of the loss.

Matt understands the real struggle is knowing there isn’t an end in recovering from ‘set-backs.’  He knows from his elite athletic training that “the desire to make slight improvements in self requires you to continue to chip away.” What happens through struggle and the process of paring down all that you are creates a ‘new self.’  Embracing loss while practicing gratitude is challenging. It requires honesty, perseverance, and sharing the hard times with the ones you love. It can be scary. Matt will discover the ‘what ifs’ and ‘why not’ as he ventures into life on one leg. He will adapt. There will be setbacks, but Matt is not afraid of a challenge. SideStix is thrilled to help Matt discover all he can be. Oh, and the places he will go!

Tell me about your mobility challenges.

I was down in Moab, Utah doing some mountain biking, and we took a rest day to do a little hike. On the trail, I was hit by a rock that fell off a cliff. It fell about 150 metres vertically, and didn’t bounce off anything or make any noise; it just hit me. I had my right leg out in front for a stride, and somehow it missed my hip – it hit my femur and broke that, as well as my tibia/fibula. It was quite the impact. I don’t remember it hitting me; I think it was just such a shock to my body that I probably blacked out instantly and then woke up on the ground a little while later. My wife Catherine was there and she did a bunch of assessments. She thought my leg was just broken at the ankle first, but then she realized it was a femur, and my femoral artery was ripped out. She grabbed my jackknife and cut my rain pants and made a tourniquet to put around my limb super high. That’s all that saved my life, really. Then she was able to yell to somebody that wasn’t too far away, and they called 911. First responders got there remarkably quickly – in about 45 minutes. They took an hour to stabilize me onsite, and they had to use a wheeled stretcher to get me out, because there was too much cloud and rain to fly.

They took me to the hospital in Grand Junction, where they did a below-knee amputation, and then flew me to Denver about 24 hours later and did above the knee, because the tissue was starting to die. It was quite an ordeal. I was sedated for 6 days, so I don’t really remember any of it.

What does ‘defy convention’ mean to you?

I think to a lot of people, ‘convention’ is basically our concrete jungle. Anything that gets you out of that and into the outdoors is defying convention. As I have worked through learning how to use a prosthetic, I’m finding that it’s designed for moving through flat, smooth surfaces. For me, bushwhacking off-trail is probably the hardest thing. I defy convention by going off-trail with a prosthesis and my SideStix.

What are some of your passions in life?

Overall, outdoor sports and adventures in the outdoors. My background is in mountain biking, and I was doing a lot of backcountry skiing before my accident, so that’s one that I’ll be challenged to get into again. But there are people out there doing it! Right now, I’m mountain biking without my prosthesis, so just one-legged. I figured out how to do that with using a dropper seat post that lets me get on and off in a more controlled fashion. Then it’s just about figuring out the terrain, and how to balance to navigate it. What helped me was my e-bike. Right now I ride my e-bike 5 times to every one time on a regular pedal bike. That let me get stronger.

I spend a lot of time outdoors and on trails. That’s my job: to design trails. It’s pretty awesome. 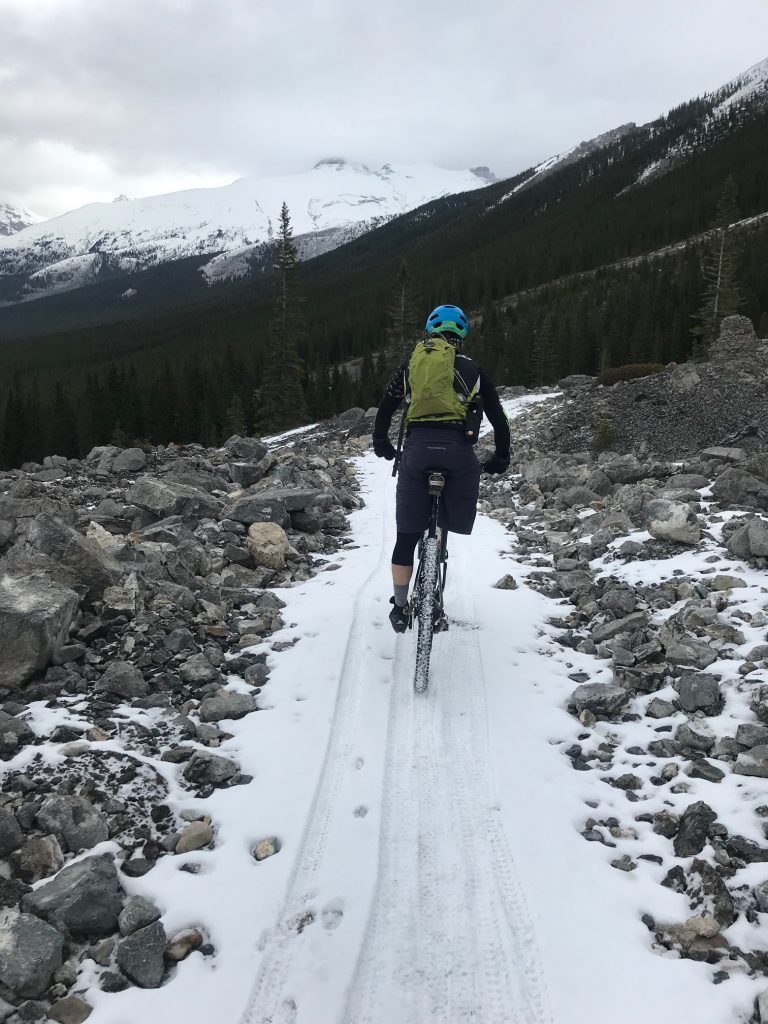 What sort of background did you have to get into a career like that?

I used to mountain bike race at a professional level. I grew up in New Brunswick and we didn’t have any good single track where I lived, so I built a whole bunch. Then I moved up to Kamloops, British Columbia and built a bunch more trails there. And then I got a job based on that kind of experience and just all of my racing experience.I had a friend that wanted to build a race course at the Nordic Centre here in Canmore. She had a grant to do that and I was giving her tips on what to add to make it a challenging race course. She said “Well, do you want to come do it?” So I came and built a lot of the racecourse for her, and then a couple years later I applied for a job doing the trail design and maintenance at the Nordic Centre.

Trail design is a relatively new field, so there are only a couple school courses that you can take. I basically got into it by experience. Now, I’ve taken lots of courses through the International Mountain Bike Association and through their Professional Trail Builders Association. It’s a pretty awesome field to get into.

The stability and confidence they offer. I feel like I can really launch into them, and I know that they’ll stick. And then I can move over to my leg and then launch into them again. I know how the tips articulate and stick to the ground – they’re just confidence inspiring. When I use my other forearm crutches, I have to go a lot slower because they’re less comfortable and I’m not as confident in the tips. I love the shock absorbing feature of my SideStix. The grips, shock absorber, and the tips are the things that really stand out.

I’m a transfemoral amputee, so it’s a fairly high amputation with a pretty short stump. But I can use my prosthetic and I do use it quite a bit, and now I’ve been using my SideStix a lot along with my prosthetic whenever I’m walking a longer distance or going off concrete and pavement. I’ll use the SideStix to help stabilize myself. I find that I can use my upper body to power myself up or down hills, but when I’m trying to do a step up I use my SideStix to pull myself forward a bit and then get up and over.

Recently I hiked up a local mountain here and used my SideStix. When I ordered them, I was thinking about which type of cuff to get, and I went with the side cuff… and I’m glad I did! I think when I’m using them without my leg, I don’t lever as much, but when I’m using them with the prosthetic I feel like I’m levering against my forearm a bit, so I’m glad I got the cuff that opens to the side. 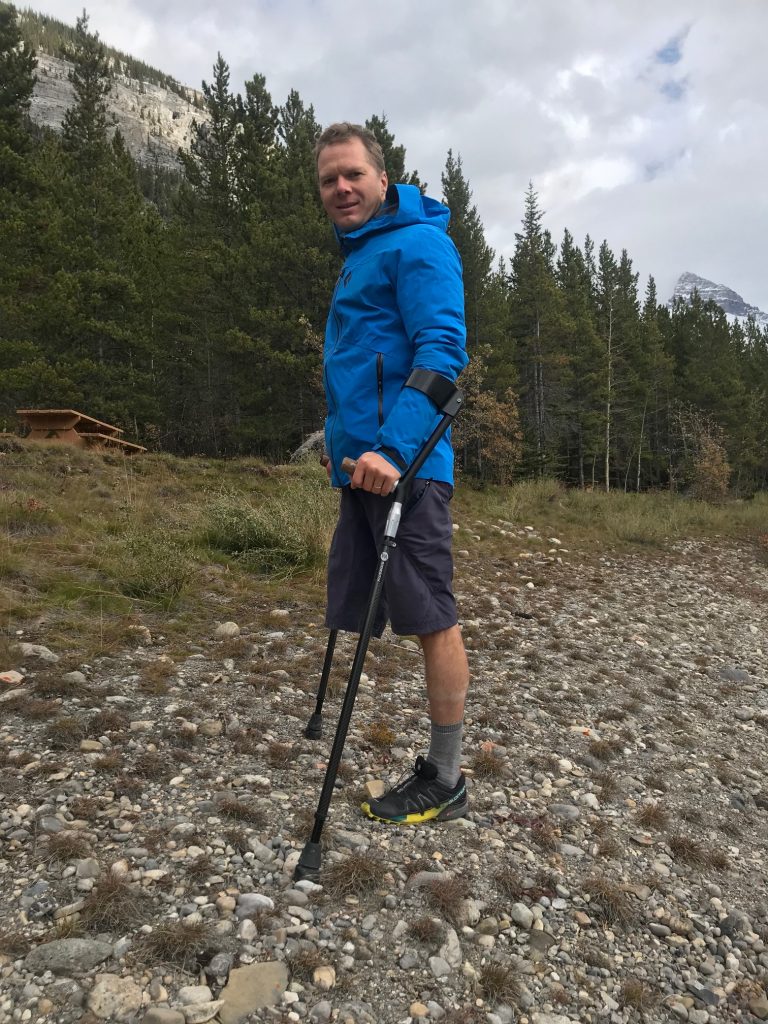 Can you tell me about a time when you had to summon up your courage?

Pretty much every day I put my leg on requires me to summon up a bit of courage – the courage to get up, get things done, and get on with the next thing.

What has been the defining moment in your personal or professional life?

I would say it’s my bike racing career. Various races and years on the national team have really shaped the direction of my life. I spent so much time perfecting one thing that led me to the career that I’m in right now: knowing what to look for, what makes a good trail, and what a sustainable trail looks like. And then also, being an athlete, you crash and burn a lot. You have injuries, sickness, and new setbacks, and for each one of those, you have to recover. In a way, it kind of set me up for success in dealing with what I’ve got right now. You can just learn from all those little setbacks in life for a bigger one right now.

When I’m swimming, I just forget about what I’m missing. I’ve been swimming quite a bit with Lisa, who reached out to me out of the blue. She’s a physiotherapist and a former swim racer. She’s been coaching me, and we’ve been swimming once a week since I was allowed to swim. I’m a better swimmer now than I used to be! It’s a good activity that allows me to forget any issues and just move. 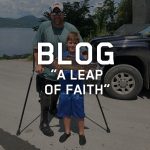 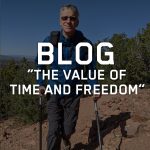 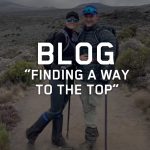