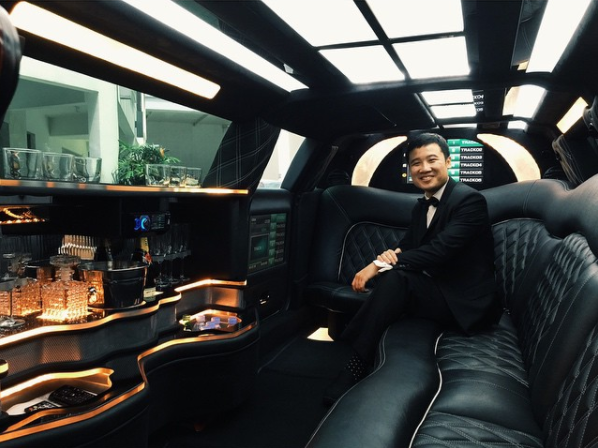 Who is Melvin Tong?

Melvin Tong, may quite possibly be our most famous user. Why, do you ask? Melvin Tong isn’t a movie star or a professional athlete. You won’t see his name on IMBD or in the Guinness Book of World Records (yet).

Melvin Tong was SideStix’s very FIRST customer! Within 3 hours of launching SideStix online, we got a call from Melvin all the way from Malaysia. Just to put that into further perspective, our first customer didn’t come from Canada or even the United States. Melvin ordered his Stix from Kuala Lumpur, Malaysia!

After all these years, Melvin had no idea just how meaningful his phone call was to SideStix. As a fellow amputee with an identical twin, Sarah Doherty took his synchronistic phone call as a sure sign that SideStix was on the right path.

What exactly was going through your mind the day you placed your first SideStix order?

Melvin – I didn’t know a company like SideStix actually existed, so I made my decision immediately and made a purchase.

You’ve earned quite a reputation in Malaysia for CARBNB, but before we get into that, we want to know… what’s your all time favorite luxury/sports car?

Melvin – Ha, I don’t really have a favorite car. I look at it non-partial. I like being a passenger in a nice car but it’s more for business than pleasure. I have a company that buys and trades cars. It helps people with a disability get around. As Melvin told The Star, “With ride-hailing apps like Uber and Grab, it’s possible for me to hire disabled people as drivers.” 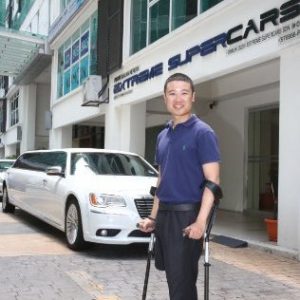 In the past few years, you’ve summited some significant mountains. Do you continue to climb?

Melvin – My last trip was to Everest Base Camp last year. I’m hoping to make plans to get to Kilimanjaro next. Everest was my hardest climb ever and since then it’s been climbs in my area. As I’m sure you know, sometimes you have to do it in a way that you are not a danger to yourself or to others around you. Now, I’m more particular about my climbs. I want to do climbs where there are people to receive me when I get to my goal.

What defines us is how well we rise after falling. My Sherpa took this pic while I am otw from Loboche to Gorakshep, the last stop before #EBC, the most difficult hike for me as I was suffering from fatigue and AMS. I choose to continue moving on despite both my friends have to descend. #defyconvention @sidestix

Do you have a regular group of friends or a climbing team to do trips together?

Melvin – When I was on my everest climb I went with two of my closest friends. Both of them were unable to get past 50% of the climb. They had to stop while I continued to ascend and then when I descended we would meet back up together. So, I guess in situations like that, it’s not so much that they are a liability, it’s just sad that we have to part ways after climbing halfway together.

Not long after you received your Stix, we got a very surprising email message from you… an incident involving a hijacking?!

Melvin – Yes, that seems like so long ago. Fortunately, I was holding SideStix. I remember I had just switched to the carbon fibre Stix. This guys was holding a knife or a machete actually. I went to defend myself by knocking his head or something like that. Next thing I knew, my Stix were all cut up but I was ok.

Before that happened, I used to tell people that no one would rob a disabled man, but then that exact thing happened to me!

We’ve noticed in some of your photos, that you’ve gotten into diving. Do you have a favorite dive spot?

Melvin – Fortunately, in Malaysia there are a lot of beautiful diving spots. It isn’t expensive and you don’t have to travel far. We want to dive where the water is nice and warm. If the dive spots around here are too busy, we’ll go to Thailand or Indonesia. In Malaysia we are famous for a spot called Sipadan. It is an amazing dive spot. You can literally spend weeks over there doing three dives a day if you want to.

Melvin – I have a lot of people who ask me why I don’t use a prosthesis or artificial limb. And, a lot of them don’t understand, that when I am using my SideStix I am able to do the impossible. So for people who are new to crutches or new to SideStix, I want to say to them, that it is ok to use SideStix as you main walking aid – rather than even considering putting on an artificial leg that may seem prettier but isn’t as functional.

I have met a lot of people who may be in a similar condition as myself or who I see using regular crutches, and I always suggest to them to check out SideStix. I hope that SideStix is getting more orders from Malaysia since I am always telling the local news, “Hey, there is no way that without SideStix I could climb mountains. Definitely not on artificial limbs and definitely not on $20 crutches”.

Don’t let other people limit you on what you can do with your crutches. You can do absolutely anything! 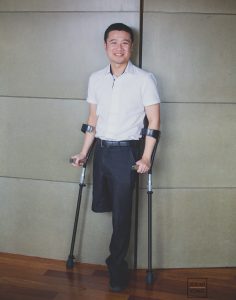 You’ve seen us evolve from day one.

Melvin – SideStix has grow by leaps and bounds over the years. Ever since I changed to Boundless I have had no problems. It might be a big investment but they last.

Melvin – Doing something out of the ordinary. Something unexpected. Not just saying it but literally doing it! Challenging ourselves to do the things that we otherwise wouldn’t do.

Back in my home country there are probably a lot of people who have read my story. Besides being an inspiration in their eyes, it’s more of just me trying to live the life that I want to live. So people say to me, “Wow Melvin why are you climbing to Everest Base Camp? Isn’t there other things that you can do that are less dangerous?” It is doing these difficult things that makes me a stronger person. This is gives me the strength and courage, that I need to face the other obstacles in my life.

It’s nothing to do with wanting more publicity or making a name for myself. If there are companies out there who’d like me to do a shoutout I am more than happy to do that but that is not why I do those things. Yes, I am different. Out of the 18 people who I hiked Everest with, sure I got more media attention than them. It’s not that I am better than them, just different. I am defying convention. 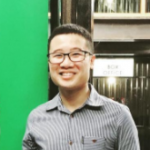 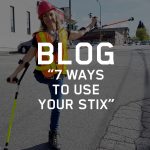 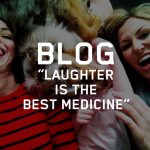 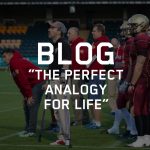 CONNECT WITH US
Do NOT follow this link or you will be banned from the site!

A message from Kerith & Sarah – SideStix Ventures Inc.
Dear friends - Our thoughts and best wishes are with every member of our wonderful ‘SideStix Family’, and indeed the world at large, during this awful Covid-19 pandemic. We continue to produce SideStix and accessories (faithfully following all posted guidelines regarding social-distancing, workspace sanitizing etc.) and will endeavor to ship all orders as quickly as possible. Because of drastically reduced staffing levels, responses to questions and processing orders will take longer than normal. However, rest assured we are working diligently on your behalf!